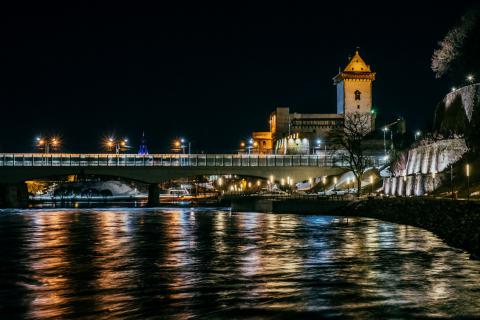 On 27 April, the signing of a protocol of goodwill signed by the City of Narva and the Association of Local Authorities of Ida-Virumaa in the Narva City Hall Conference Room will be held in preparation for the European Capital of Culture 2024. The signatures were signed by Mayor of Narva Tarmo Tammiste, mayor of Toila Eve East, chairman of the Sillamäe City Council Jelena Koršunova, mayor of Kohtla-Järve, Liudmila Jantsenko, Jõhvi rural municipality mayor Aleksei Naumkin and the chairman of the Narva-Jõesuu city council Veikko Luhalaid. Representatives of Lüganuse and Alutaguse rural municipalities sign the agreement at the next IVOL meeting.

According to Tarmo Tammiste, a unique opportunity to be at the center of Europe's attention, not only to Narva, but to the entire region, can open up. "We need to promote and revive the cultural relations of the cities of Ida-Virumaa, because together we will win it the most. By joining the joint big project, cooperation between our region will improve and deepen, and the contribution to the title will boost each investment even further. a lot of both domestic and foreign tourists, and we have to be prepared for it, "said Tarmo Tammiste.

Representatives of the local governments of Ida-Virumaa have expressed their conviction that the city has an exceptionally good chance to receive this title, and they are very interested in cooperation with the city of Narva.