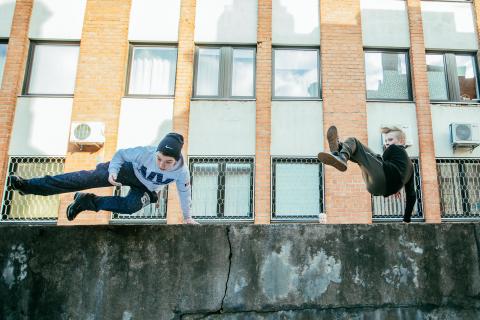 In view of preparing Narva’s bid to become the European Capital of Culture in 2024, an open call for programme ideas has been announced. Deadline for submitting proposals is June 23rd 2019.

The team of Narva 2024 is looking for ideas that would embody regional customs and authentic forms of self-expression, bold artistic interventions as well as fresh visions for the future of the city. In order to propose an idea, an online form must be filled out and submitted no later than June 23rd at https://narva2024.eu/en/ideekorje

“We’re aiming to kill two birds with one stone,” says Ilmar Raag, the artistic director of Narva 2024. “On the one hand, we want to improve the living conditions in the region, on the other hand, we want to attract additional interest towards Narva from abroad. It is important to realise that at this stage we are dealing with ideas: we do not expect to receive only fully formed projects, and are ready to develop most exciting ideas further in cooperation with the programme team. Frankly speaking, to become a European Capital of Culture, we must surprise Europe. Therefore, even the most audacious projects are welcome, with the only limitation being their capacity to be realised.”

The programme concept of Narva’s candidacy rests on three “pillars”. “Hidden Culture” is looking for ideas that would emphasise the uniqueness of Narva and its “uncooked” works of art. “Art with an Edge” invites bold artistic interventions and creative disruptions that aim to rethink and challenge existing modes of thinking and behaviour. “Leap into the Future” is looking for novel solutions that will help shape Narva's future.

All sorts of ideas are welcome: from new takes on existing projects, to bold future visions, from hyper-local village bashes to international festivals and collaborations. Since the whole of Virumaa is supporting Narva's candidacy to become the European Capital of Culture, suggestions for initiatives that could be implemented throughout the region are encouraged. Ideas can be submitted by both private individuals and entrepreneurs, professional event organisers, researchers of culture, artists and cross-sectoral experts, as well as enthusiasts and activists of the cultural sphere. The evaluation criteria will assess both the attractiveness and clarity of the concept, and the feasibility of the idea and its proposed action plan. The best ideas will have an opportunity to be implemented within the framework of the European Capital of Culture programme in the period of 2020 - 2024, provided Narva wins the title.

The ideas submitted on time will be assessed by the Narva 2024 programme team in cooperation with a specially formed artistic council, headed by the candidacy’s artistic director Ilmar Raag. The artistic council includes the head of the Department of Culture at Tallinn City Hall Lennart Sundja, Juri Nikolaev from Estonian Public Broadcasting, composer Ülo Krigul, project manager at the Estonian Contemporary Art Development Center Kadri Laas, film critic Karlo Funk, rector of the Estonian Academy of Arts Mart Kalm, head of Integration Foundation Irene Käosaar, director general at the National Heritage Board Siim Raie, the main organizer of Narva Energy Run Mati Lilliallik, member of the board at Ida-Virumaa Industrial Areas Development Foundation Teet Kuusmik, and director of the Sillamäe Music School and head of the Ida-Virumaa expert group of the Estonian Cultural Endowment Vladimir Võssotski.

On Thursday, June 13th, Narva 2024 public information sessions will be held throughout Virumaa, with Narva 2024 project manager Ivan Sergejev along with the candidacy's artistic director Ilmar Raag giving an overview of Narva’s candidacy for the European Capital of Culture title, as well as explaining the principles of compiling the candidacy programme. The sessions will take place at Rakvere Cultural Centre at 10am, Jõhvi Concert Hall at 1pm, and at 4pm - at Narva College.

The final bid, delineating in detail the programme of events for the title year and the period before, must be submitted to the European Capital of Culture selection committee by August 1, 2019. The winner of the title will be announced in autumn.

Three cities will bear the title of European Capital of Culture in 2024. In addition to one Estonian city, the title will also be given to one city in Austria and one city either from a member state of the European Free Trade Association, an EU candidate state, or potential candidate countries Bosnia and Herzegovina and Kosovo.